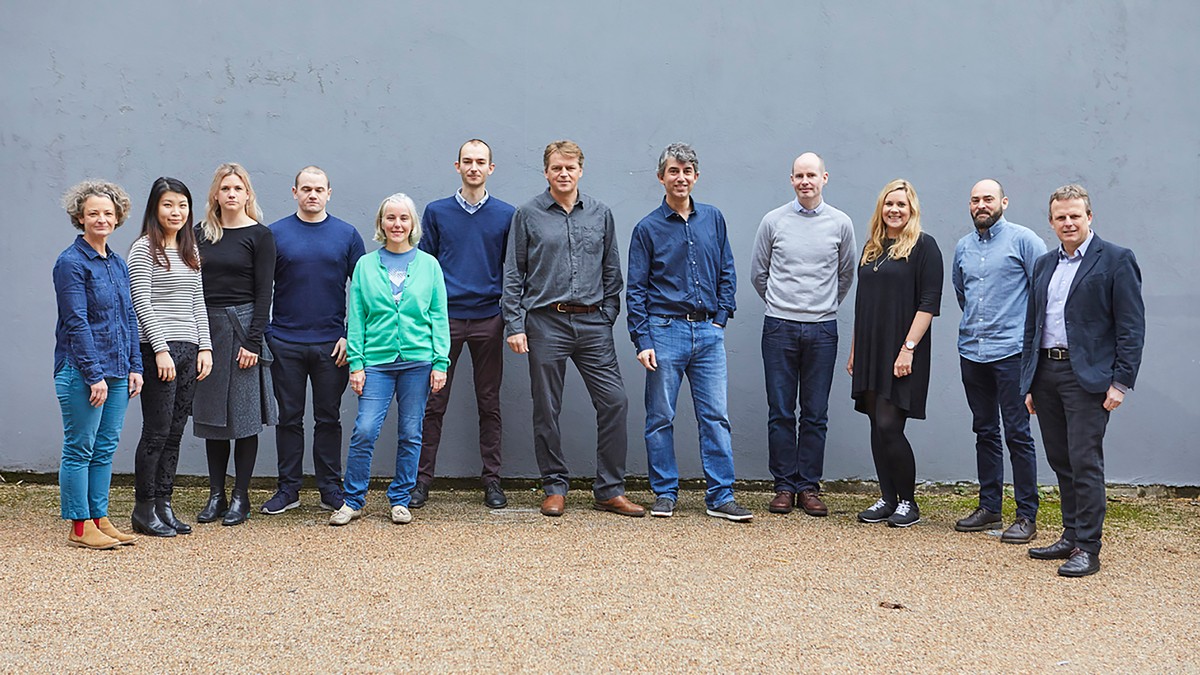 Hugh Broughton Architects is one of the established talents of contemporary British architecture. Our designs have won many awards nationally and internationally. Our projects have been extensively published and exhibited around the world.

The company was founded in 1996 by Hugh Broughton and has been built around a core of experienced architects who have worked together for many years and who understand each other’s strengths and skills. Our work is carried out in a friendly, lively and financially secure atmosphere. It matters to us that the people who work in our office have fun, because a great team spirit allows us to find the most creative design solutions to every challenge.

From the outset we listen to the needs of our clients to help us understand the ways in which they work. Only when we feel fully informed do we set out on the creative design journey. In this way we have developed long-term relationships with many of our clients and have become their trusted partners. The best designs are always the products of collaboration.

We believe that, whilst the practice of architecture is an intellectual and artistic pursuit, to achieve physical meaning it needs to respond to human needs, commercial reality and environmental pragmatism.

Our approach requires us to exercise the lateral thinking abilities of an architect to the full, taking us into new territories, exploring new forms of construction and drawing upon the full breadth of available technologies.

Our work is characterised by a sensitive, contemporary architecture of calm and flowing spaces, enriched by meticulous attention to detail and occasional moments of drama. Pushing the frontiers of technology, our work provides innovative, well-built spaces, which are a delight to use and a pleasure to look at. 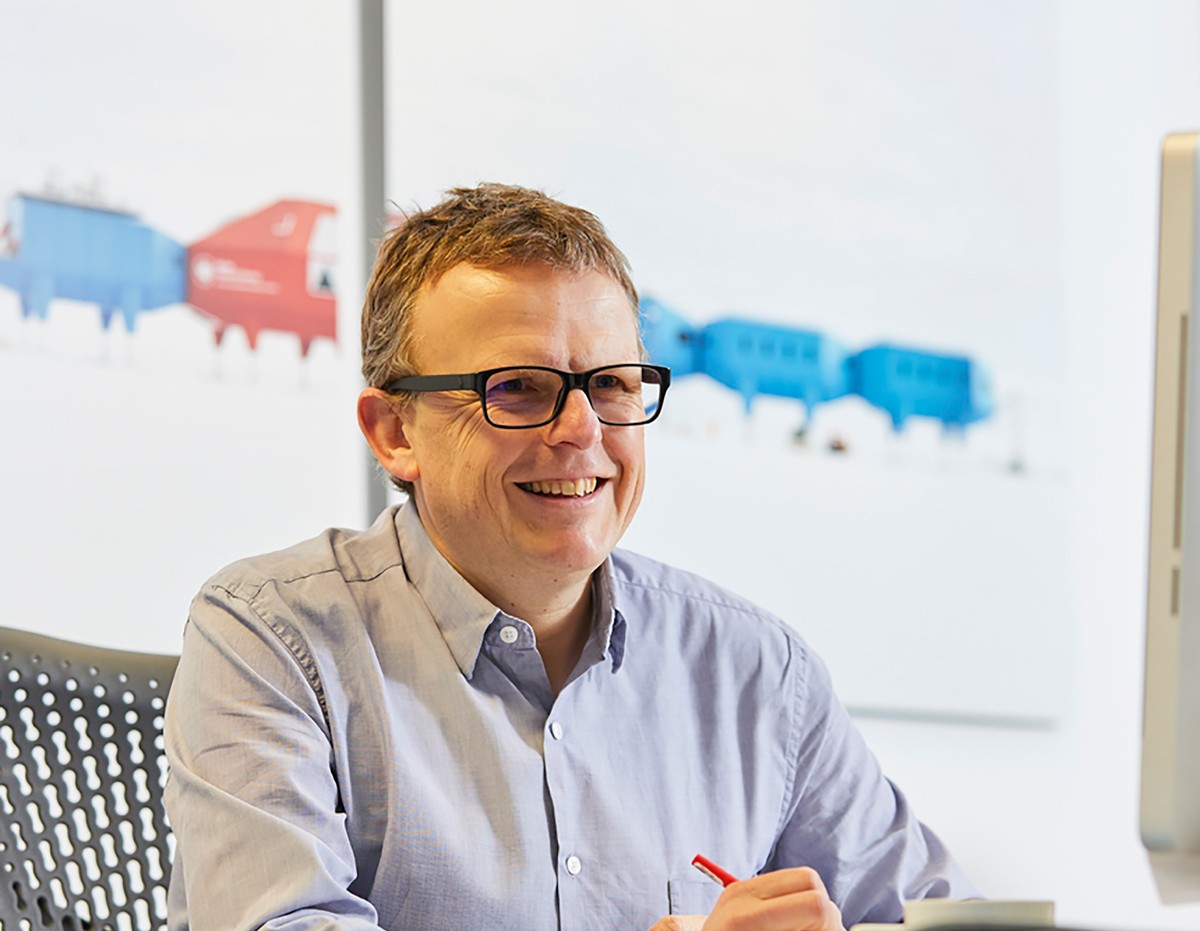 Hugh trained at The University of Edinburgh and set up his architectural practice in 1995. Hugh Broughton Architects' projects have won awards from numerous organisations including the RIBA, American Institute of Architects, Civic Trust, the Architects’ Journal, the British Construction Industry and Architizer amongst many others.

The practice has won a string of design competitions, including for a new gallery for The Portland Collection, for the conservation of The Painted Hall at the Old Royal Naval College in Greenwich and most notably for a series of remote projects including Halley VI Antarctic Research Station, the redevelopment of Scott Base, Juan Carlos 1 Spanish Antarctic Base, the Atmospheric Watch Observatory in Greenland for the US National Science Foundation and a new health facility on Tristan da Cunha, the world's most remote inhabited island. Hugh Broughton Architects has also been invited to prepare designs for polar bases for India, Korea and Brazil.

As a result Hugh is now considered the world’s leading designer of research facilities in the Polar Regions. Through this work Hugh collaborated with NASA’s Behavioral Health and Performance Team at JSC Houston, helping to establish the acceptable net habitable volume for future long duration exploration class missions.

It is, however, projects in sensitive locations which have been the mainstay of Hugh’s career, in which field the practice has successfully completed projects for many high profile clients including English Heritage, the Henry Moore Foundation, the Greenwich Foundation and the Honourable Society of the Inner Temple.

Hugh has served on numerous architectural juries including the 2013 RIBA Manser Medal, the 2014 AJ Retrofit Awards, the 2015 RIBA Awards and the Architizer Awards; he is an assessor for the Civic Trust Awards and lectures worldwide. He has been interviewed in the international press, on radio and TV channels throughout the world, and his work has been exhibited widely, including the British Council’s exhibition “Ice Lab: Architecture and Science in Antarctica” and the Antarctic Pavilion at the Venice Biennale.

Hugh has written numerous articles on contemporary architecture and is the author of two architecture guides - to Madrid and London. 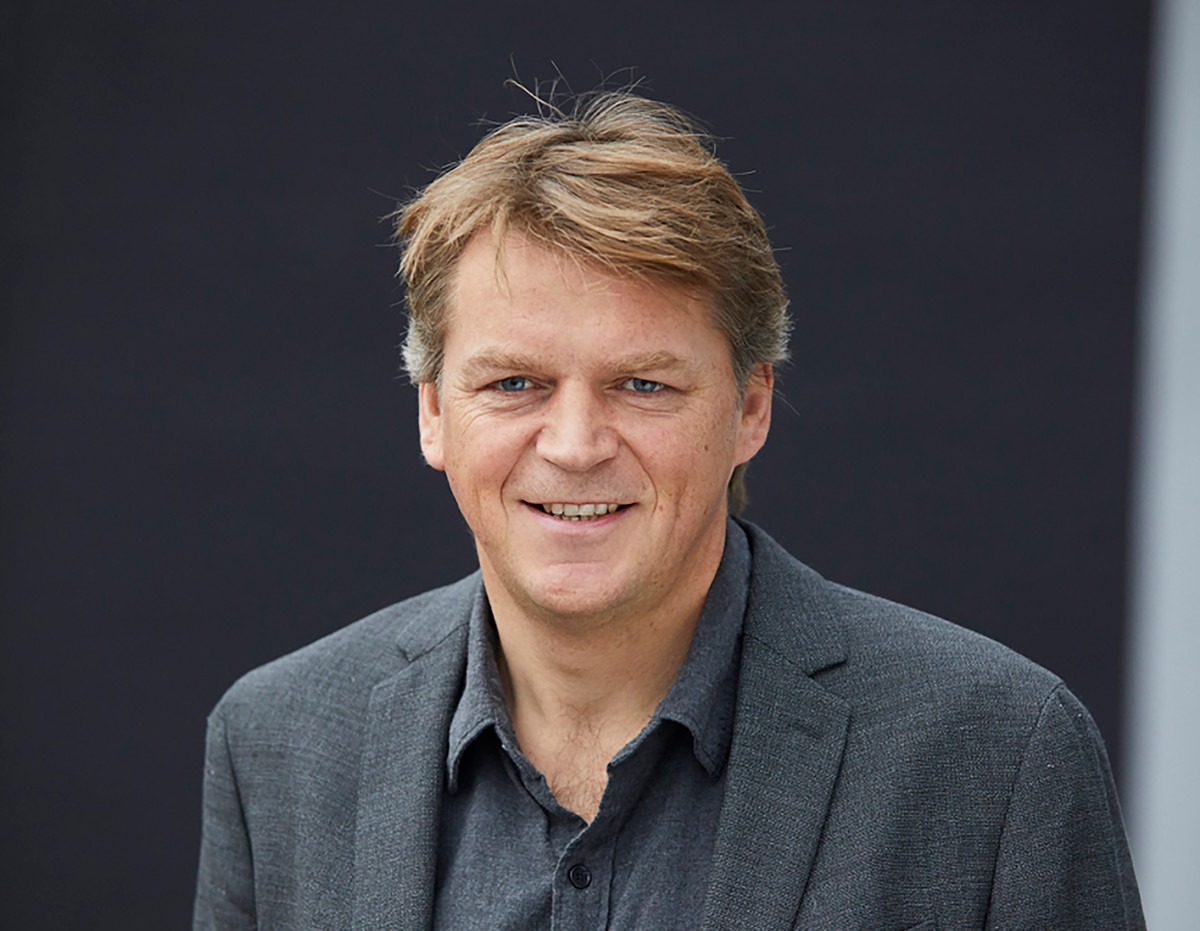 Adam joined Hugh Broughton Architects in 1999. He had previously worked with Nichols Brown Webber Architects, and trained at Glasgow School of Art and the Bartlett School of Architecture. He was appointed Associate in 2001 and became a Director in 2003.

Adam has developed long term relationships with a number of clients such as the TUC, the Honourable Society of the Inner Temple and the Greenwich Foundation, working on sensitive contemporary interventions within their historic estates. Adam also works with investment clients on mixed-use schemes and has completed projects for end-user clients such as the Institution of Structural Engineers, the Royal Society of Chemistry, Close Brothers and British Telecom. Past projects also include Channel 5, Nyetimber Winery, British Council Malaysia, Edinburgh Castle and Halley VI Antarctic Research Station. Adam is currently leading the Painted Hall project at the Old Royal Naval College in Greenwich. 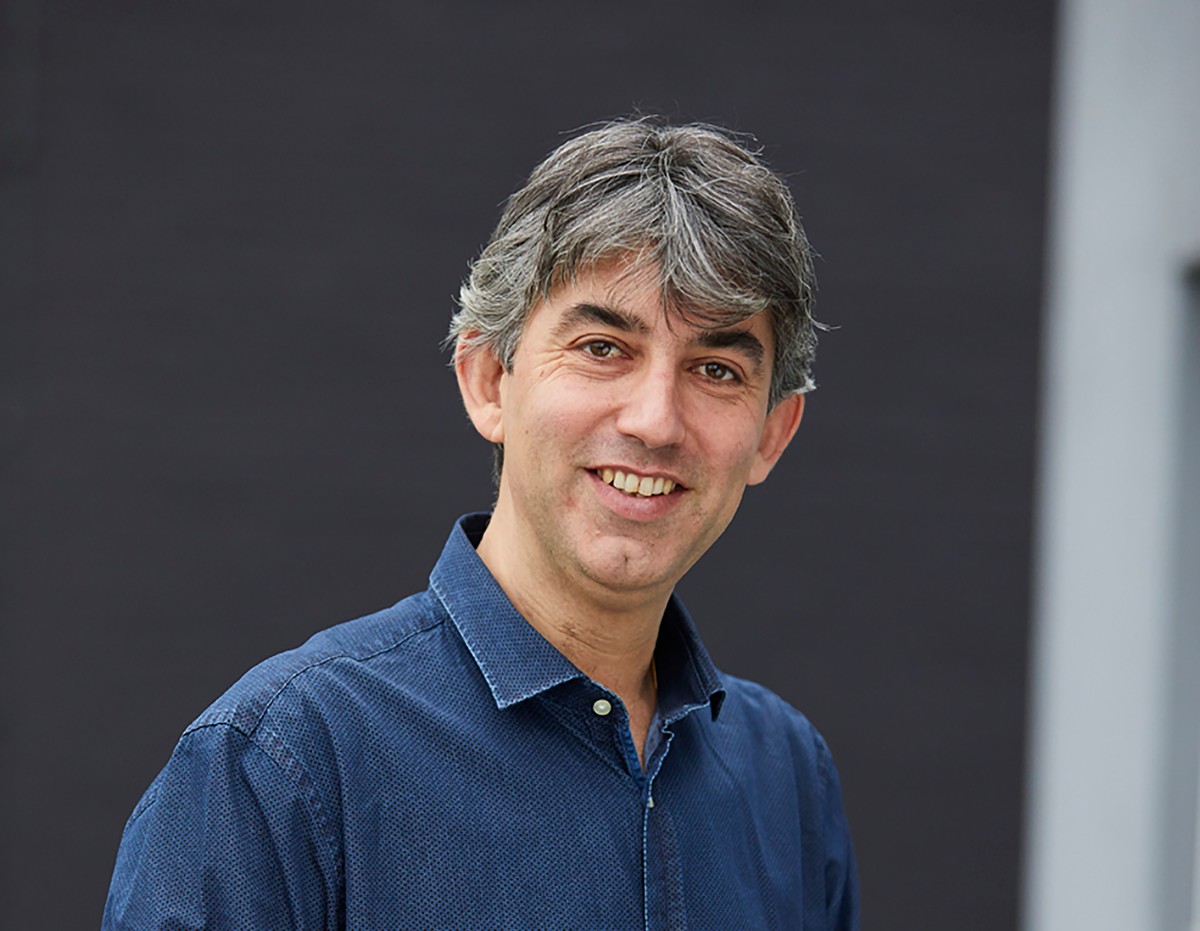 Gianluca graduated from Lugano's Senior Technical College (Switzerland) in 1994 before moving to London in 1997, where he worked with Chapman Taylor and Eger Architects before joining Hugh Broughton Architects in 2000. He became an Associate in 2008 and a Director in 2013.

At Hugh Broughton Architects Gianluca has been directly involved in a large number of the practice projects at all stages, and in particular he has led the successful extension of the National Galleries of Scotland’s Public Affairs and Building departments, and the award-winning Maidstone Museum’s East Wing. He has also been an active member of the design teams developing the firm’s ‘extreme environments’ projects, most recently the Atmospheric Watch Observatory for the US National Science Foundation and a new health facility for the island of Tristan da Cunha, in the South Atlantic. More recently Gianluca led the project for a new visitors' centre and archive for the Henry Moore Foundation at Perry Green.

Within the practice Gianluca has particular responsibility for competition submissions and office management, including the administration of the practice's ISO9001 accredited quality system.

Could humans live on Mars? Why the architecture of polar bases holds the key

The revived appetite for space exploration is as much of a challenge for architects as it is for engineers as they draw up plans for how we might colonise the solar system, writes Jonathan Morrison

“When we arrived it was overcast and so cold and I could hardly imagine spending more than a few hours there let alone a few weeks. But its amazing how it grabs you. The cold is also incredibly enlivening as is the sense of isolation, which is quickly countered by the support offered by a small and very tightly knit community all working with a single purpose.”

New Zealand’s research station at Scott Base, established by Sir Edmund Hillary in 1957, is nearing the end of its functional life and requires a “modern, low-impact, efficient base” to support the future needs of the country’s scientists and strategic interests in a better way. British firm Hugh Broughton Architects (HBA) and New Zealand practice Jasmax are currently working on proposals for its redevelopment. Justine Harvey interviewed HBA’s Hugh Broughton and Stephen Middleton from Jasmax about designing in Antarctica and working in one of the most collaborative design teams imaginable.

Hugh Broughton is founder and director of Hugh Broughton Architects. Editor, Jade Tilley, talks to Hugh about modernist influences and the logistics of working in remote locations.

Hugh Broughton is a British architect and one of the world's leading designers of buildings for extreme, isolated environments. In 2005 his practice Hugh Broughton Architects won the international competition for the design of a new British research station in Antarctica. This has led to commissions in other extreme, isolated environments as well as further commissions in polar regions. I spoke to Hugh about the polar research station he designed for the British Antarctic Survey as well as some of his projects in other inaccessible environments.

A conversation with Hugh Broughton

In a recent Dallas Architecture Forum speaking engagement at The Magnolia Theatre, Hugh Broughton showcased some of the practice's work for the Polar regions as well as other renovation and rehabilitation projects.
The following day, Ryan Flener of Good Fulton & Farrell Architects, had the opportunity to meet with him to discuss his ideas, practice, and thoughts on Dallas.

While visiting Carnegie Mellon University in Pittsburgh, Hugh Broughton sat down with Phillip Denny to talk about Antarctica, Ruskin and “humanistic modernism.”

Concrete Quarterly asked Hugh Broughton to reflect on the concrete buildings which have most inspired him.

How do architectural practices go about designing and reimagining museums and galleries? Reporting for Museums Journal, John Holt interviewed Hugh Broughton to find out.

Hugh Broughton knows the Spanish capital’s buildings intimately but the one that really stood out was Rafael Moneo’s magnificent art gallery.
By Pamela Buxton

Honourable Society of the Inner Temple

The Honourable Society of the Inner Temple

The Royal College of Surgeons of England

The Royal Society of Chemistry

The Trustees of the Harley Foundation