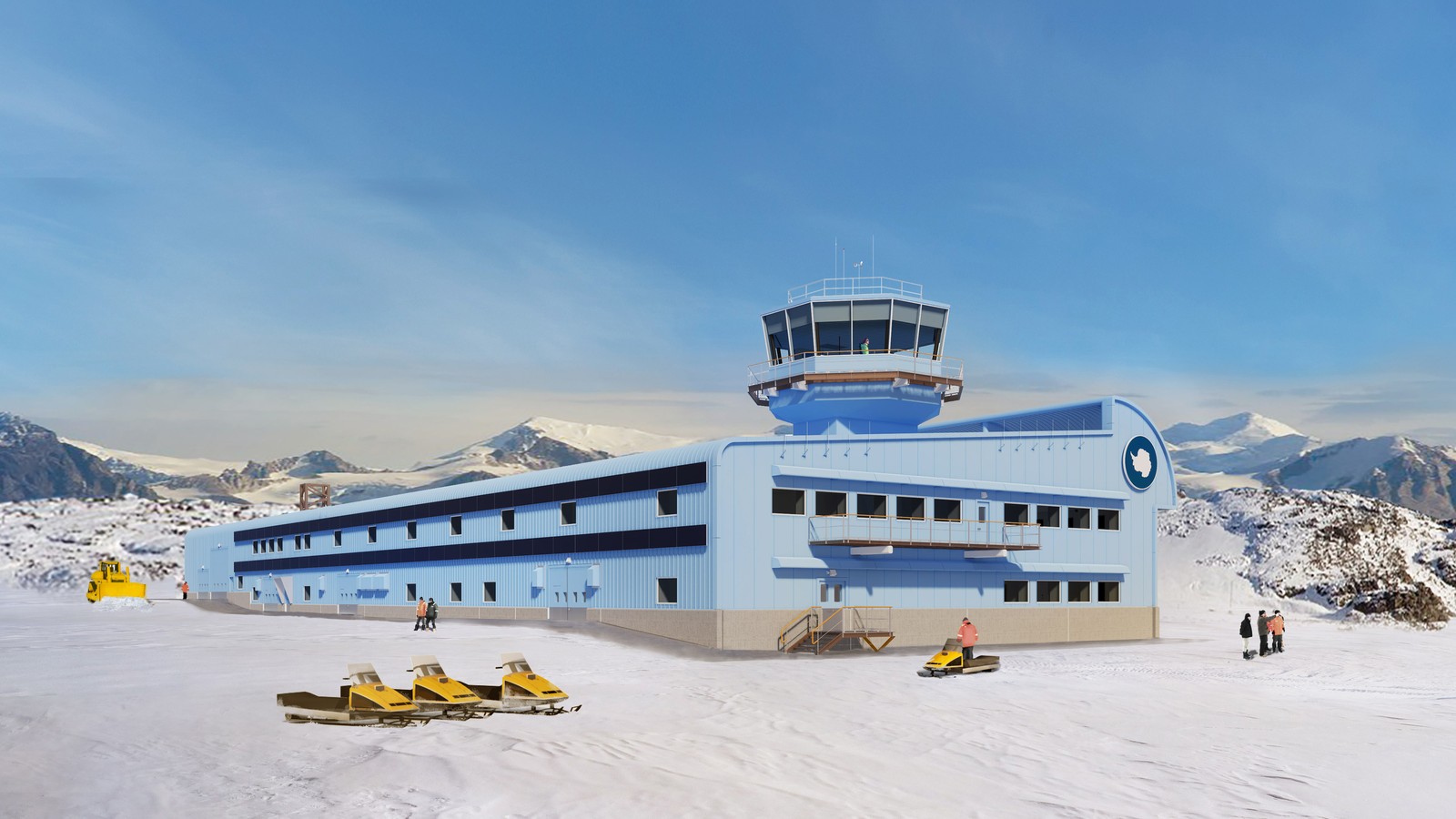 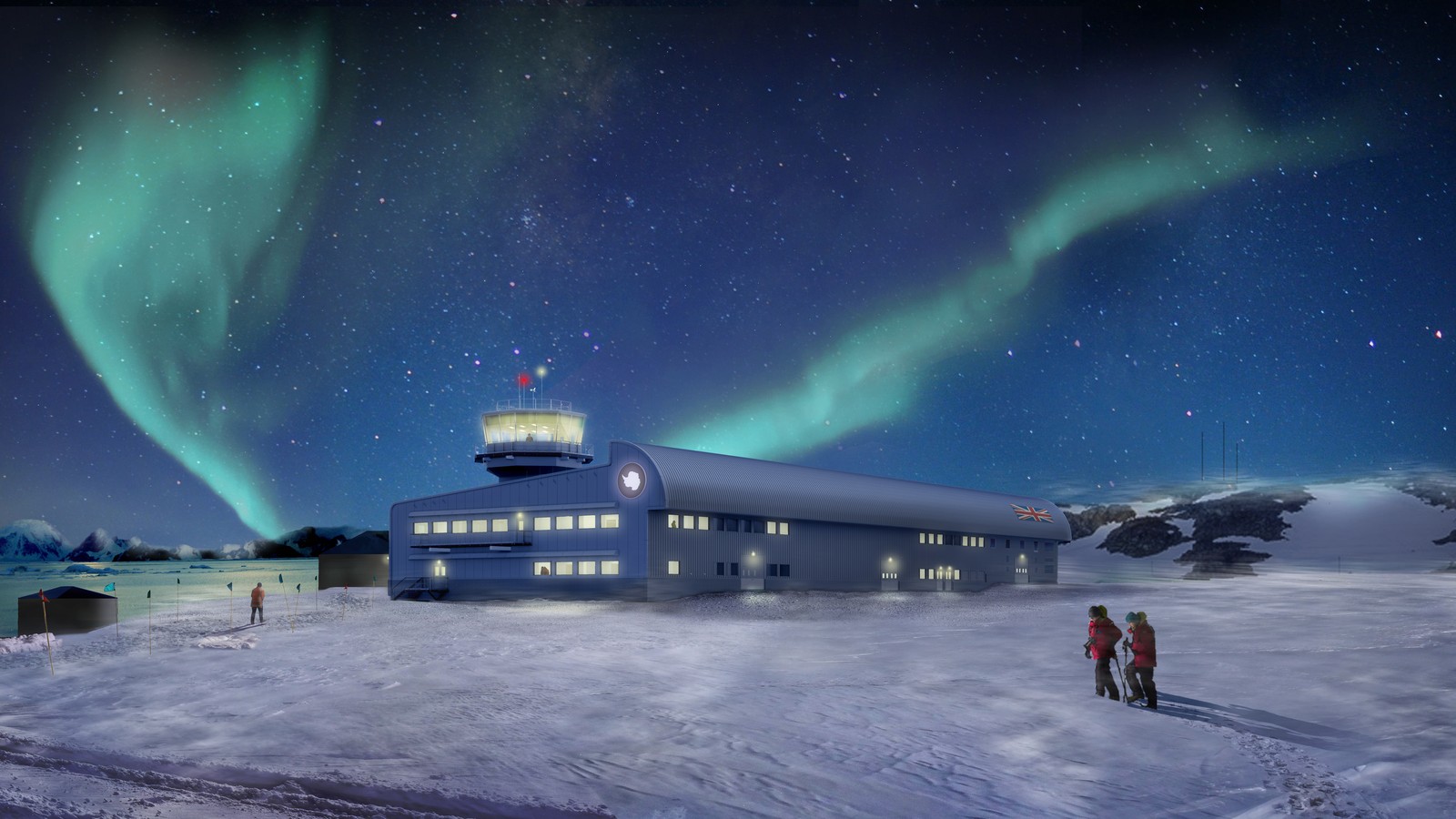 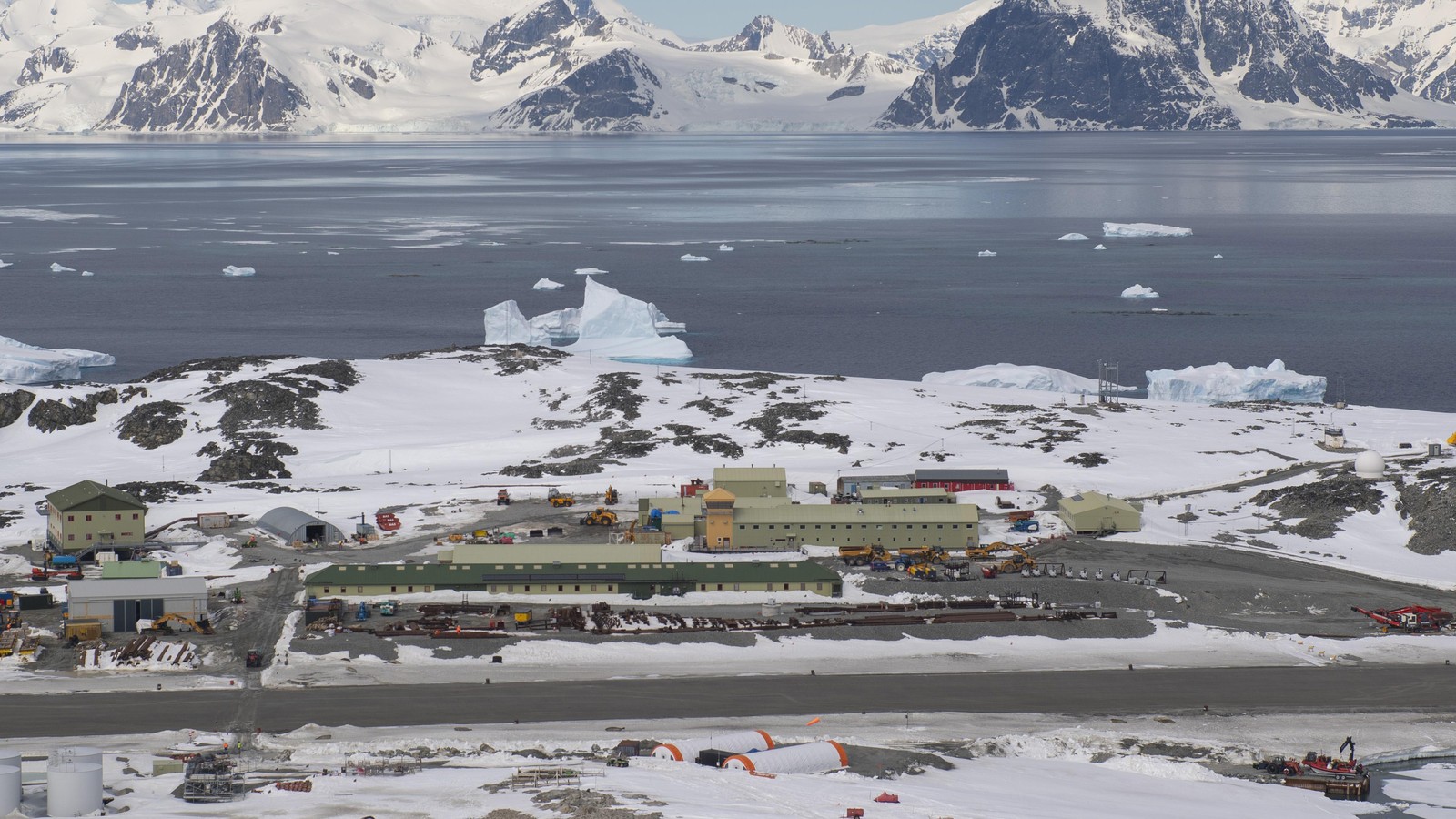 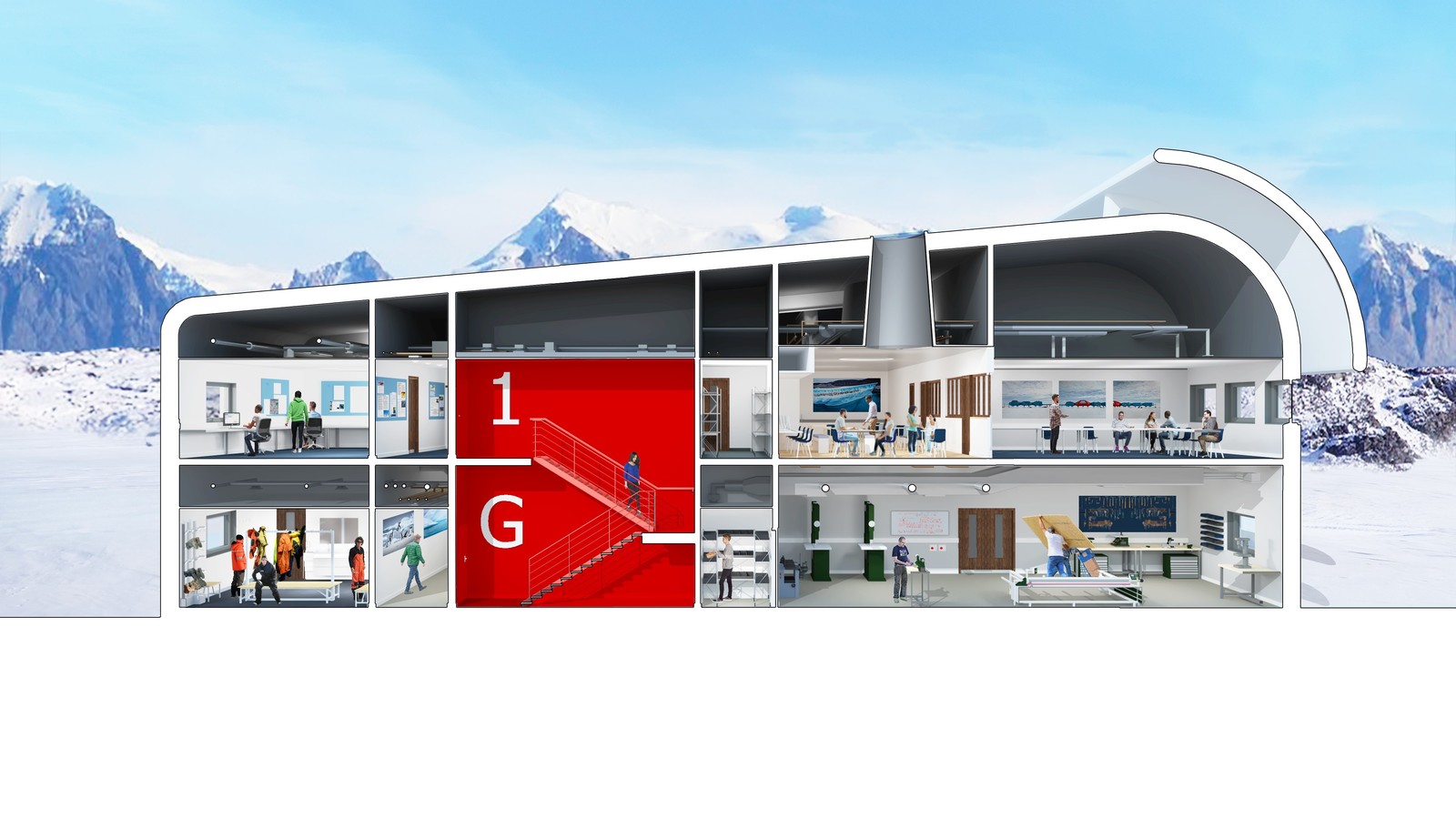 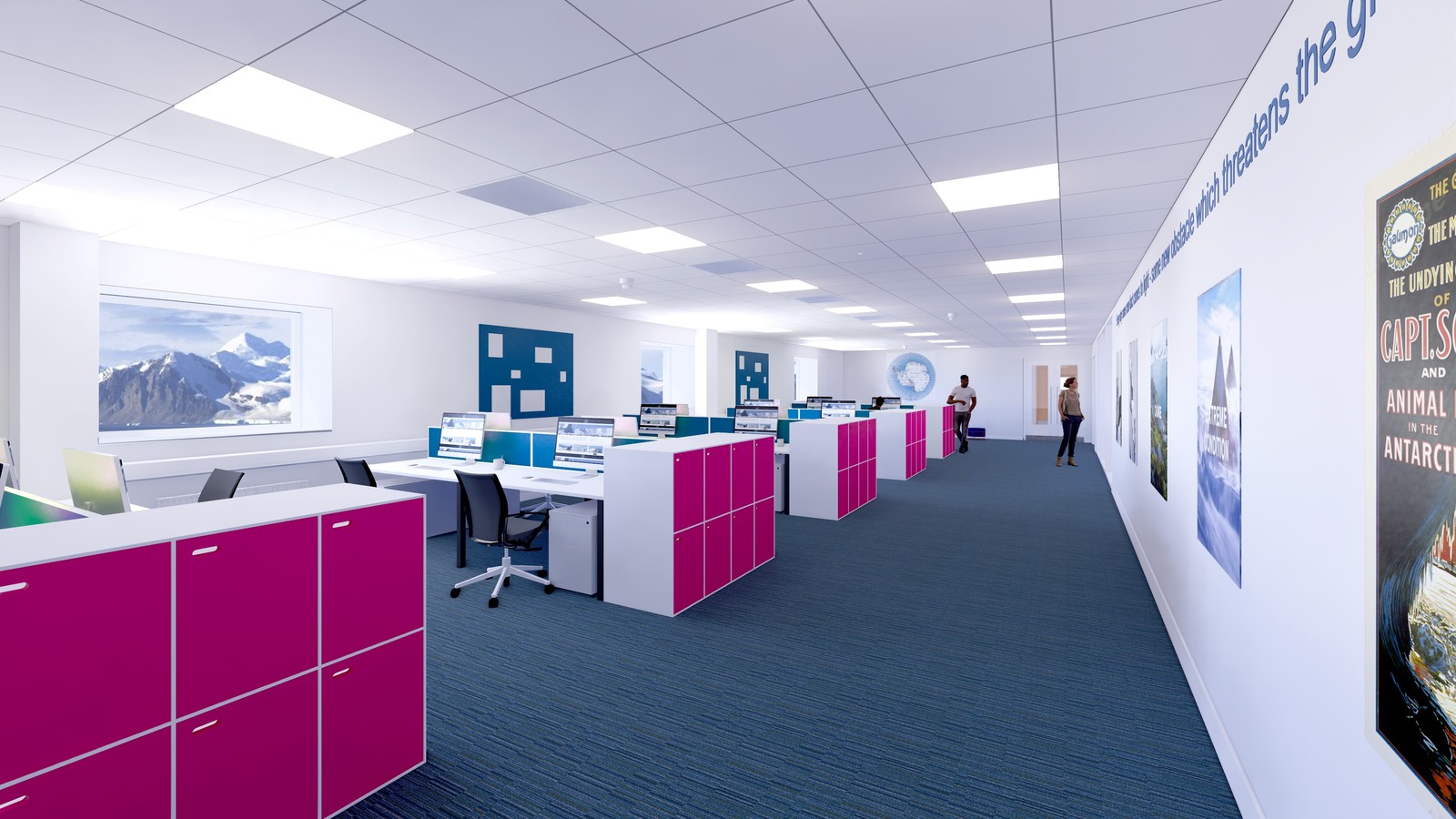 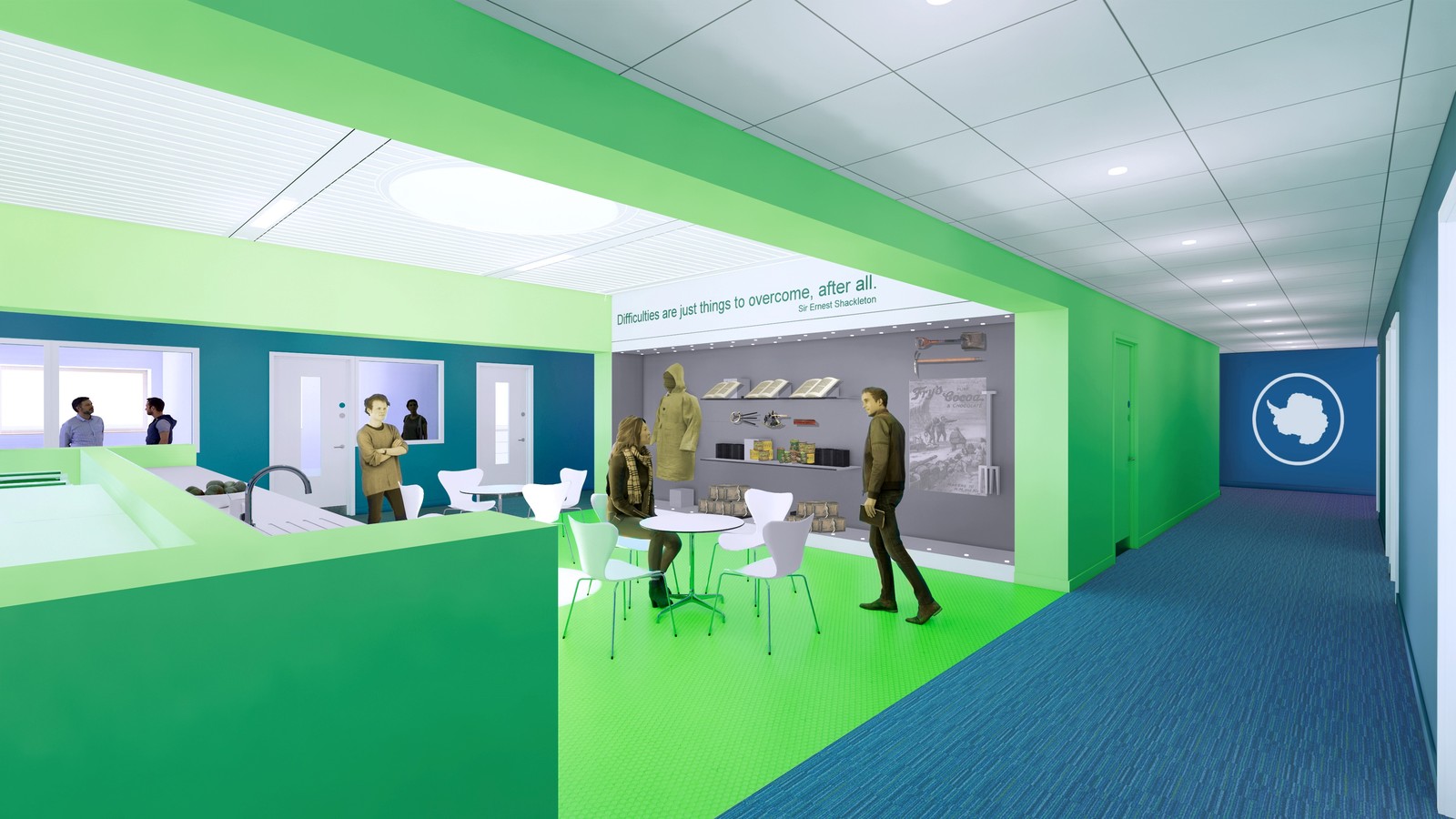 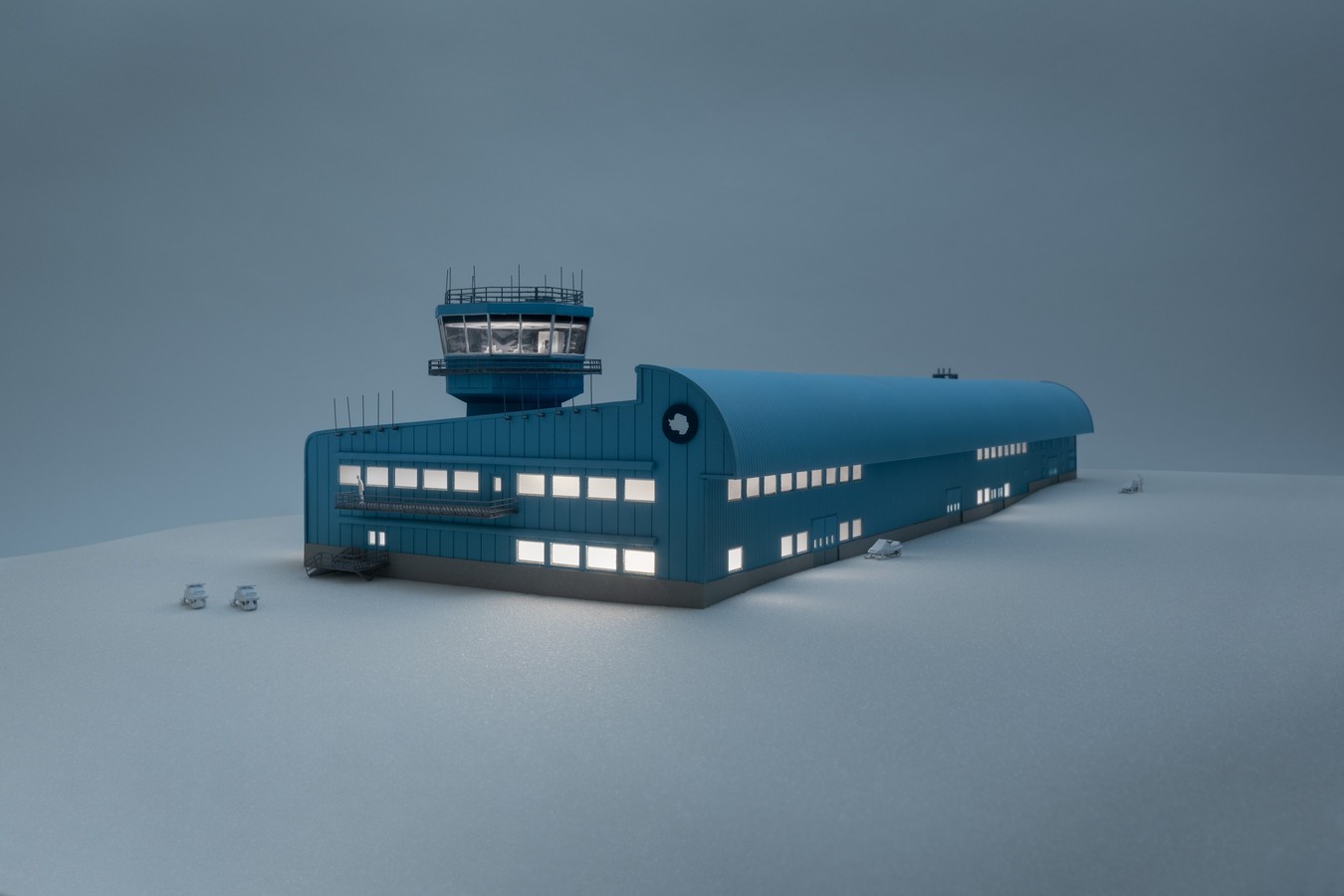 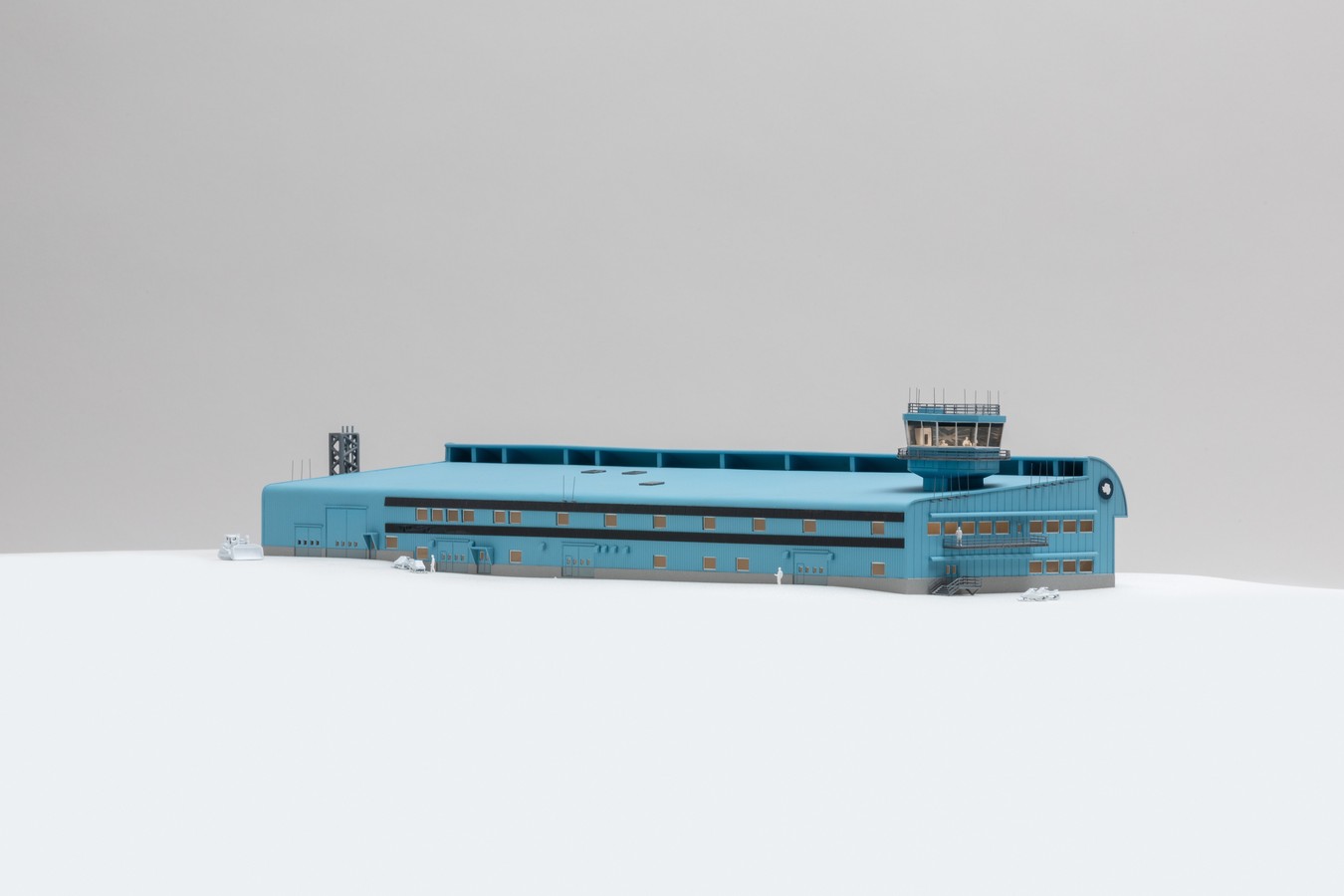 Rothera Point is home to the British Antarctic Survey’s (BAS) largest research station. Situated on a rocky promontory at the southern extremity of Adelaide Island, the station has been occupied since 1975 and operates year-round. A wide range of scientific research – including biosciences, geosciences, glaciology and meteorology – is carried out in and around the station. Rothera is also a major logistics centre, supporting all BAS operations in Antarctica.

Hugh Broughton Architects is working within the Antarctic Construction Partnership alongside BAM and Sweco as the delivery architect on the modernisation of Rothera Research Station.

The Rothera modernisation project encompasses significant investment to update and restore infrastructure so that it remains cost effective and safe. The station consists of several separate buildings spread across the site, many of which have reached or are fast approaching the end of their economic life, driving up maintenance costs and reducing organisational resilience. The objective is to reduce operating costs at Rothera whilst maintaining the current level of scientific activity. This will be achieved by replacing aged buildings with modern facilities, creating more flexible spaces and consolidating and rationalising the existing estate. In doing so, future maintenance will be minimised, energy efficiency will be significantly improved, and the costs of snow clearance and maintenance will be reduced.

Many science and operations functions at Rothera are undertaken in buildings which were not specifically designed for their current use and, as a consequence, there are concerns that they do not comply with statutory requirements, in particular health, safety and environmental standards. The project proposes to consolidate these functions into one new science and operations building which can meet the long-term needs for the station, improving operational efficiency, reducing energy consumption, improving the working environment (including health and safety) and addressing environmental protection. The two-storey 4,500m2 building will contain preparation areas for field expeditions, a central store, medical facility, offices, recreational spaces, workshops and areas for plant.

The energy-efficient, aerodynamic design is oriented into the prevailing wind and utilises a deflector to channel air at higher speeds down the leeward face, minimising snow accumulation around the entire perimeter of the building. It is the first time a wind deflector has been used at this scale in Antarctica. A control tower protrudes from the monopitch roof and provides 360 degree panoramic views of the runway, wharf and station buildings. The pale blue colour of the building is inspired by the tones of the Antarctic sky. The paleness also minimises the impacts of degradation from high levels of UV, which is a feature of Antarctica. The building envelope is formed with composite insulated metal panels and triple glazing to create an airtight and thermally-efficient enclosure which will minimise energy use.

Inside, vibrant colours bring identity to spaces and help offset the effects of seasonal affective disorder (SAD). Roof lights introduce natural light into the centre of the building. Open-plan workspaces and break-out areas support the well-being of staff and foster collaboration. Transparent glazed screens provide views between spaces to help with passive monitoring to maximise health and safety of the small crew who maintain the station in winter. Throughout the design, tried and tested technology is used to ensure the building can withstand the harsh climate.

Minimising the environmental impact of Rothera Research Station is a key part of BAS’s vision for the site. The use of a bespoke BREEAM accreditation system, developed in partnership with the Building Research Establishment (BRE) to suit the special Antarctic setting, helps to ensure that the highest environmental standards are met.

The programme of renovation commenced in 2018 with the construction of a new enlarged wharf and improvements to station infrastructure. Construction of the new science and operations building – to be called the Discovery Building to commemorate the discovery of Antarctica 200 years ago – starts in January 2020 and will be completed in 2023. All materials required to build the facility will be delivered by ship in containers and erected to a carefully managed programme which ensures the building can meet precise seasonal milestones.

When the modernisation of Rothera is complete, it will have become a centre of excellence for polar science for all UK scientists, and a station of choice for international collaboration. 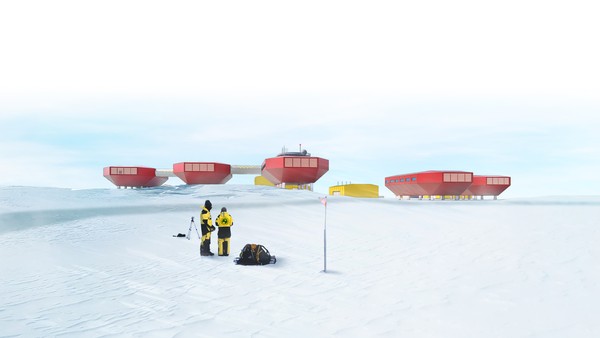 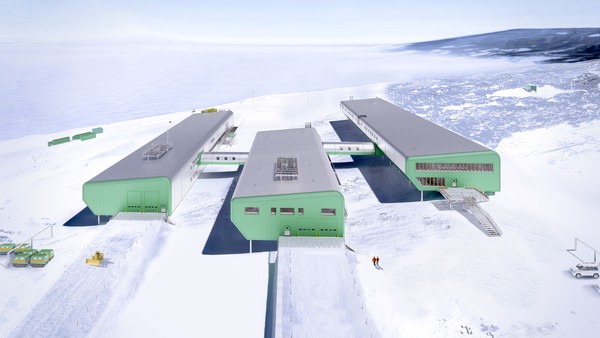 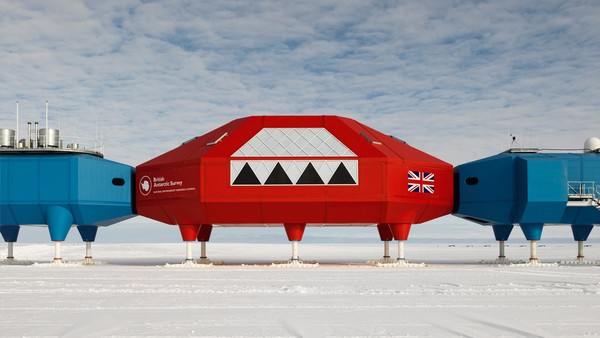 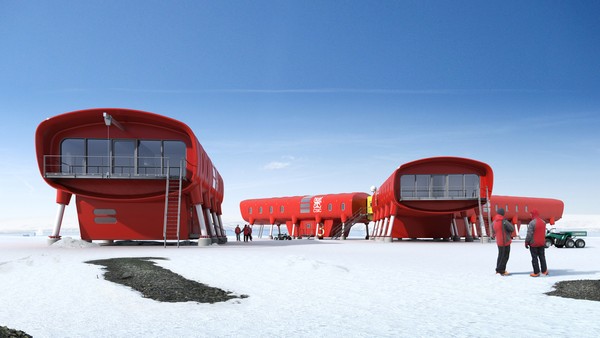 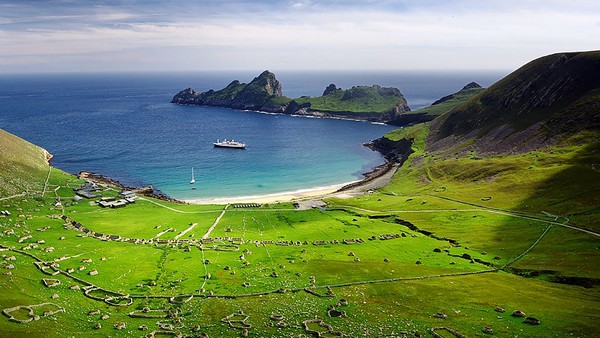